Getting involved makes our workplaces better and our communities stronger.

Get out the vote

Every election season, members of our union family volunteer to talk to their coworkers, visit other worksites, and knock on doors to help “Get Out the Vote.” In some cases, members take time off from work and travel hundreds of miles to other states to encourage their fellow UFCW members to go to the polls.

May Huang, from Seattle spent the final days of the 2018 Election canvassing in Ohio. “I knocked on a door and met a man named Dennis,” she said. “Dennis wasn’t planning on voting this year. He explained that with all the negative ads on TV, he didn’t know which candidates he could trust. I was able to talk with him about the issues he cares most about and where each candidate stands on those topics. After our conversation, Dennis went and voted early.”

Dennis, isn’t alone, many people are tempted to stay home an skip voting. But, with nearly 1.3 million hard working people in our union, when UFCW members vote, we make a difference. By exercising our rights, we influence policies that make our workplaces better and our communities stronger. 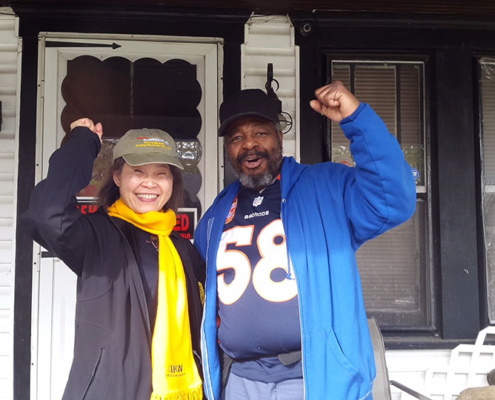 Talk to our coworkers

Jesus enjoys talking to his coworkers about issues and encouraging them to get involved not just in their union but at the polls.

He says, the union helps him which allows him to help members of his union. “Being bilingual allows me to speak to my fellow union members about the benefits of union membership.” Jesus continued, “And as a cancer survivor, I believe the most important issue of the election is health care.” Talking to his coworkers and other members about health care and encouraging them to vote is important to Jesus.

Jesus knows that hardworking people can fight and win important benefits like health care in their contracts at work but, also by supporting candidates who fight for to policies that protect health care and protect workers. 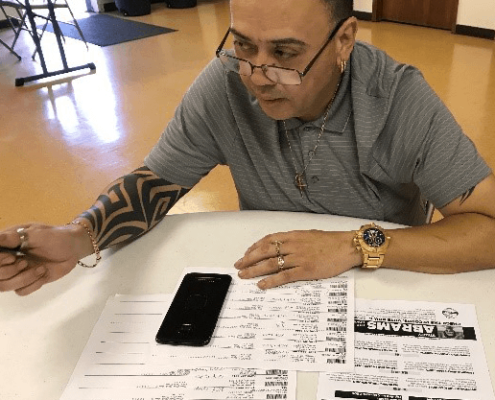 Stand together on issues that matter

When the U.S. Department of Agriculture (USDA) released a proposal to end line speed limits, the UFCW organized a lobby day, bringing members who work at pork processing plants in Minnesota, North Carolina, Iowa and Indiana to Washington, D.C. so they could personally talk to the agency regulators about the proposal.

“We already have a hard time with regular speeds and I’ve been hurt before,” said Elizabeth Bell, from North Carolina who works at Smithfield. “I’m not afraid to speak out about this issue because my union is here backing me up.”

“I’m proud to be with my union family and talking to the USDA about their decision to take limits off of line speeds,” said Sherry Louk, from Minnesota who works at Tyson Fresh Meats. “They need to know that this will force workers to work too fast and will lead to injuries and illnesses.”

Companies and industries spend lot of money to lobby federal regulators and legislators, but they aren’t the only ones with power. Standing together our union has the strength of nearly 1.3 million members, and our members never have to stand alone when fighting for issues that matter to them. 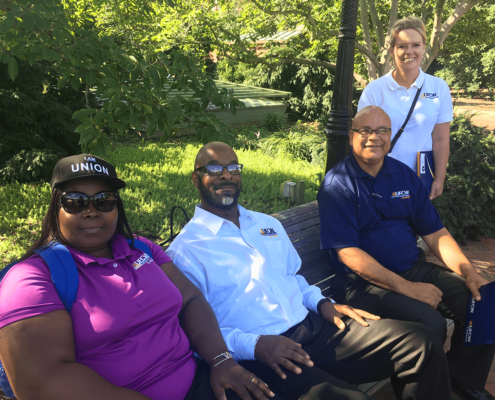